Getting the best out of the BBC - mostly!

BFRS is a Social Enterprise that was created to work in support of the Armed Forces Community (AFC). We support them by working with companies across the UK that are looking to hire, re-train, and offer career advice to the them.

We successful host National Careers Fairs across the country and our aim is to continuously introduce the AFC to companies and try to ensure they are fully aware of the benefits of employing from this community. 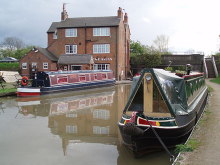 Visit our inclusive, caring and academic school for children aged 3-18.. View our extensive campus and learn how working families benefit from our extended days, plus flexi and full-time boarding. Up to 100% Sixth Form fee assistance available. 10% discount for boarding pupils whose parents are members of the Armed Forces.
Please click for more information

Dating around Nuneaton!
We have one of the UK's largest dating websites - focused on Nuneaton!  There are mature, all age, Asian and Christian singles just waiting to hear from you. Browse and upload your profile FREE ! 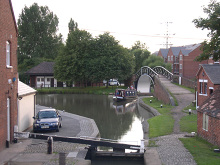 Want to advertise on this website? Create your advert now.

This IPlayer link also allows you to instantly navigate to any BBC Radio station.

Listen to Radio 1. This is the BBC's pop music station. The channel was born out of the Pirate Pop Stations of the 1960's. All the DJs and of Radio Caroline etc migrated straight over the the new BBC Radio 1 when it started broadcasting on September 30, 1967
More Information

Listen to Radio 2. The BBC says "Amazing music. Played by an amazing line-up. The home of great music, entertainment and documentaries". We would say mostly non classical music for the 30 plus age group!
More Information

Listen to Radio 3. Classical music - all of it including modern classical music. Personally go to Classic FM for the classics and things I might know. Watch out for Composers of the week). You might get a whole week of Beethoven or someone really good at music! (Go on write in and tell me off!) The great thing is that everything is on Radio 3. You can always switch over.
More Information

Listen to Radio 4. For those who don't know Radio 4 is essentially one of the few purely speech based channels not only in the UK but the world. It has an extraordinary reputation for quality news, current affairs, drama, culture and comedy programming. Don't forget that you can catchup on BBC Iplayer if you miss something - See more at: http://master.2day.uk/section/Radio#sthash.YMRYyUwu.dpuf
More Information

If you can't get FM or digital click below to go straight to Radio 4 Longwave. Also if you want to hear Test Match Special in its' entirety this channel will be your best choice.
More Information

Listen to Radio 5 Live. Sport, News and crucially another way to hear Test Cricket if you don't do Long Wave
More Information

Classic FM - Not the BBC but excellent

Initially Classic FM. was a 'really popular' classical music introduced by actors with throat problems. Additionally many of the performances played were 'racey'. However that has all changed. The people introducing the music now often know about it - and don't seem to have throat issues. The performances can be great and the music is usually more accessible than that on BBC Radio 3. You will get used to the ads?
More Information
Before You Listen
Tools
Contact Us
Administration
Set as HomepageCreate an Instant WebsiteCustomise This Website
Information Pack CoverAddress BookArea Map
Site Hits: 154 today, 63 yesterday, 287 this month, 221 last month, 732,147 total
System Hits: 106,473 today, 97,670 yesterday, 1,519,422 this month, 3,146,087 last month, 1,535,525,271 total